More Than 40 Years of TCWLA

When TCWLA was founded in 1977, it had 33 members. These founding members included many now-retired members of the judiciary who have left a lasting legacy on Texas legal history, including Judges Margaret Cooper, Sue Sheppard, Bea Ann Smith, Mary Pearl Williams and Harriet Murphy. By 1980, the membership had grown to over 60. That year also saw the development of community outreach programs and the establishment of the annual reception honoring judges in Travis County, a tradition that continues to the present; the passing of by-laws; regular social events; and monthly membership luncheons with speakers. 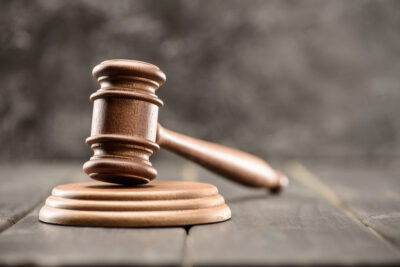 As evidenced by its Mission Statement, TCWLA has always been committed to supporting issues affecting women both as lawyers and as members of society. In 1981, for example, the membership adopted a resolution opposing the policy of The Citadel Club at the Driskill Hotel restricting the Citadel Club’s facilities to men only before the hour of 1:30 p.m. TCWLA issued the resolution, which called for a boycott of the Citadel Club, after a woman state representative, Anita Hill, was turned away during the noon hour. The response of the attorney for the Driskill Hotel to the resolution reflected the tenor of the times. He wrote that TCWLA was either acting without knowledge of the facts or practicing McCarthyism.

TCWLA fulfills its mission in part by providing annual scholarships to women law students. It established its first scholarship fund in 1983 to benefit deserving women students at UT law school on the basis of merit, history of community service, and financial need. Originally named for Marian O. Boner, an early woman UT law alumnus who was the librarian at the State Law Library for many years, the fund awards a scholarship for $1,000 each year to one or more woman law student. This scholarship was renamed the Margaret Cooper Scholarship in 2009 in honor of long-serving Judge Margaret Cooper of the 353rd District Court of Travis County. Member Amie Rodnick has served as chairman of the Travis County Women Lawyers Scholarship Fund and of this scholarship committee since its inception in 1983.

In the mid-1980’s,TCWLA began offering the CLE seminar “A Day in Federal Court” – a daylong program of instruction for those who seek admission to practice in the United States District Court for the Western District of Texas. At about the same time as creation of the seminar, TCWLA began offering continuing legal education credit for the monthly speaker lunches. 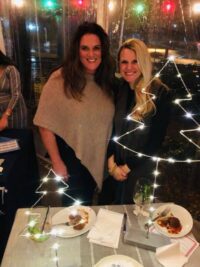 The tradition of an annual December Holiday Party began in the early 1990’s. This event is an opportunity for TCWLA members and other Travis County lawyers to enjoy companionship and a holiday buffet. At about the same time, TCWLA began participating in numerous community service activities. Members contribute to a clothing drive to assist those who are searching for employment but cannot afford appropriate apparel for interviewing or working. In recognition of Take Your Daughters to Work Day, TCWLA organizes an event for pre-teen girls that has been very popular among the attendees. The half-day program involves hearing about the practice of law, visiting the Supreme Court, meeting with a woman Supreme Court justice, and lunch.

TCWLA continues its mission with the Farris-Cisneros Scholarship Fund, created in the late nineties. The scholarship is awarded yearly to a minority woman with a connection to Travis County who is in her final year of college and has been accepted by an accredited Texas law school for the following year. The scholarship is named for Charlye Farris, the first African-American woman admitted to the Texas bar, and Edna Cisneros, the first Hispanic woman admitted to the Texas bar. This need-based scholarship generally goes to a young woman who otherwise might not be able to go to law school.

TCWLA created the Mary Pearl Williams Scholarship Fund in 2001 in honor of Mary Pearl Williams, a long-time member of TCWLA, who retired after serving 27 years on the bench as a Travis County district judge. This scholarship goes to a deserving student attending the University of Texas School of Law. It is awarded on the basis of the recipient’s showing the qualities exemplified by Judge Williams in her career on the bench, including leadership qualities and history of community service. 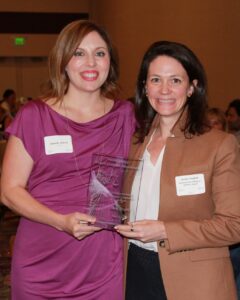 Continuing its mission of strengthening the image and position of women lawyers in the community, TCWLA began its annual spring Awards Luncheon to recognize and celebrate the contributions of the women members of the local bar. The awards are meant to highlight the significant, but often low profile contributions made by many women. Awards are given in the categories of litigation, public interest, government, contribution to the minority community, pro bono, outstanding achievement, and law firm, government agency, or organization outstanding in its treatment of women. The list of award recipients includes many of the outstanding individuals in law in Travis County.

The annual Pathfinders Luncheon recognizes some of the most notable women lawyers in the community. Begun in the mid-1990s, the event typically features round-table discussions hosted by each of the honorees. This format provides an intimate and informal setting for TCWLA members to meet and learn from these remarkable women and to hear about the choices they have made in their careers.

Each year, TCWLA also honors the local judiciary with a Judicial Reception, which has been held at Green Pastures Restaurant since 2003. This event, free to TCWLA members, and open to the general legal community, provides the opportunity to network with judges and colleagues in a beautiful historic setting.

For over 40 years, TCWLA has grown in membership and influence in the legal community. TCWLA continues to be active in representing the interests of its members and of the women and children of Travis County. The organization welcomes all women lawyers and endeavors to be a positive voice on issues involving the legal profession and women.

Donate to the Travis County Women Lawyers’ Foundation and support, promote, and encourage activities for the furtherance of justice and equal opportunity for women, families, and children

Join TCWLA Foundation to support, promote, and encourage activities for the furtherance of justice and equal opportunity for women, families, and children.

Donate to the Travis County Women Lawyers’ Foundation and support, promote, and encourage activities for the furtherance of justice and equal opportunity for women, families and children

Connecting women lawyers and promoting professional and personal advancement through CLEs and social and networking events.